Romans for a Day 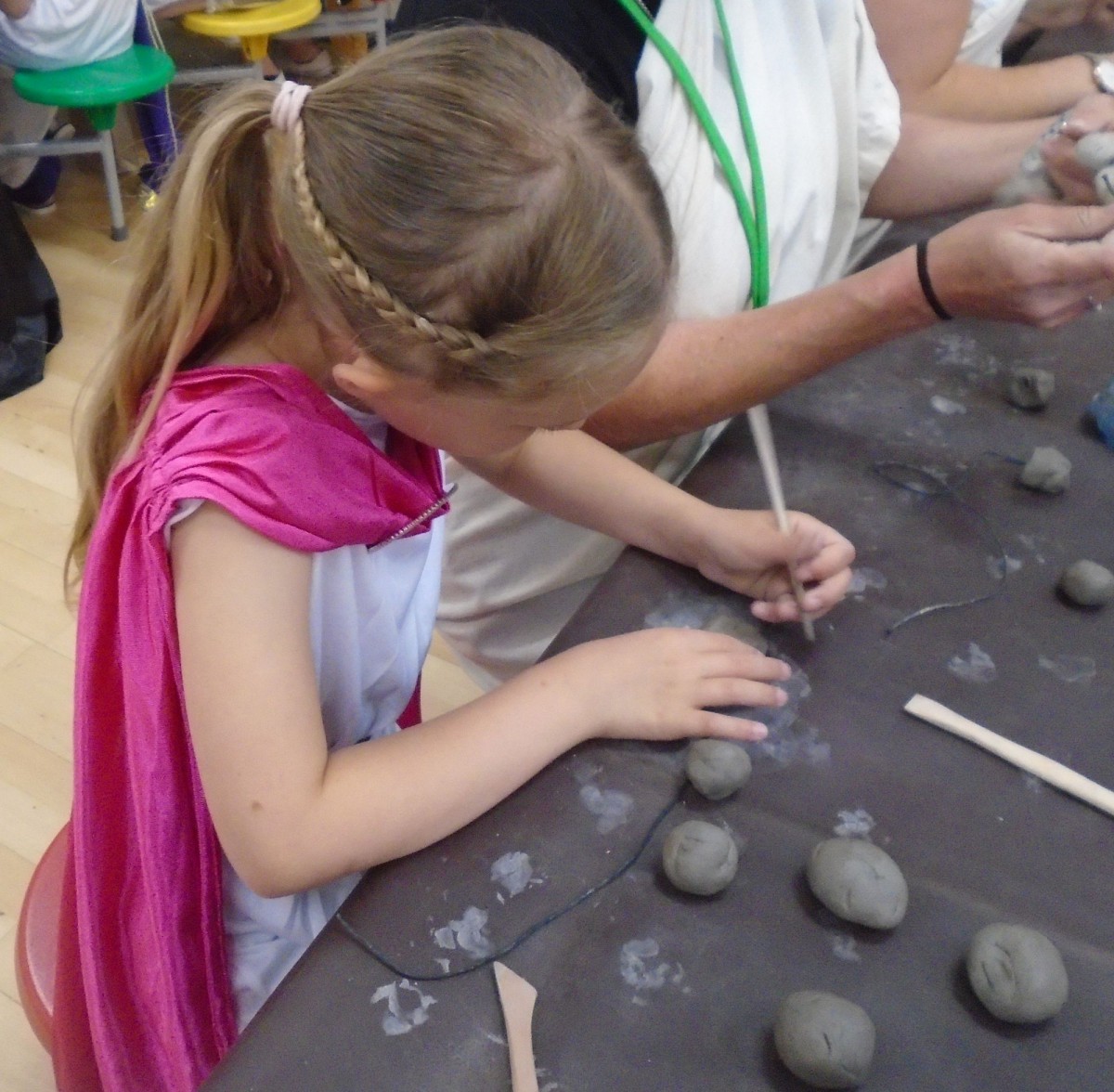 On Thursday 9th June, the Year 3 children at Bourne Westfield Primary Academy were lucky enough to experience a fabulous Roman inspiration day.   The children came to school dressed up in the Roman robes ready to experience life in AD 60 during the Boudiccan rebellion in Roman Britain.

Their day was expertly led by “Marcus” from the local garrison. During the day, the children created Roman crafts – mosaics, painted frescos and clay pots. They learnt more about writing and communication by making a wax writing tablet and also creating their own charcoal-based inks. Additionally, the children learnt about medical remedies and how to make scented oils for cleaning the skin – Romans were very keen on keeping clean and bathing!

Later in the day, the children prepared for a festival to celebrate their victory over Boudicca’s Iceni tribe. They rehearsed and performed plays with morals such as the Hare and the Tortoise and The Boy Who Cried Wolf. Some children learnt the drills used by Roman legionaries and demonstrated them; other children performed a graceful Roman dance. To top off the festival, a group of children played the part of slaves and served breads and sweet treats for the Roman banquet.

The day was an excellent experience which could not have happened without the invaluable help of our many volunteers – Thank you!

< Back To All News